To be bred in New York

Why this makes sense: Since NYRA announced across-the-board purse increases in 2011, average sale prices of New York-bred weanlings and yearlings has been nothing short of spectacular.

Breeding Thoroughbreds, if done correctly, can be profitable and also fun. Unlike claiming partnerships which can provide immediate action, breeding partnerships require much more patience as they require a long-term outlook. Broodmares give birth to foals annually. With commercial breeding operations well-bred good looking foals can bring good prices if sold at auction or privately. Foals can be sold as weanlings, yearlings, or 2-year-olds. Once the foal is sold the breeder has no further carrying costs however can continue to collect breeder awards throughout the horse’s entire racing career.

How it works: Hibiscus Stables assembles the breeding partnership. When the partnership fills we will purchase the broodmare. The mare will foal in the spring of the following year and be bred back to another stallion each spring thereafter. Careful selection of stallions will be made with an eye towards superior matings and commercial appeal. Each offspring will be sold either privately or at auction with a goal of positive ROI. 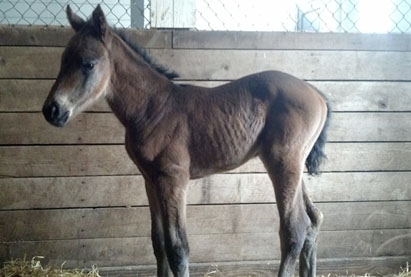