The Sinner Is You 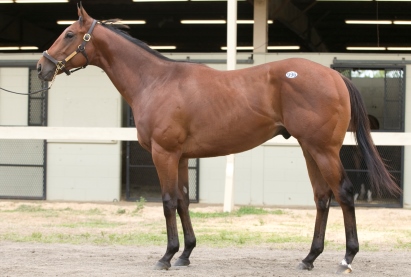 The Sinner Is You is entered to run in Saturdays 8th race at Saratoga which is an Allowance N1X going 1 1/16 miles on the turf for 3-year-olds and up which have never won $13,000 other than Maiden Claiming, or Starter or which have never won 2 races. He drew post position 5 and jockey Junior Alvarado is named to ride. Alvarado is currently ranked 12th in the Saratoga jockey standings with 12 wins and a 9% winning percentage.

The Sinner Is You is currently 12-1 in the Daily Racing Form morning line. One DRF handicapper selects him as his third choice in the race.

The Sinner Is You breezed on Saturday working 4 furlongs in 52.00 over the Saratoga training track. That work was 31st best out of 35 at the distance.

We spoke with trainer Jeremiah Englehart after the breeze. Jeremiah said, He worked well. Again, I worked him nice and easy. Im going to enter him for next weekend.

Jeremiah will enter The Sinner Is You to the Allowance N1X going 1 1/16 miles on the turf at Saratoga on September 5.