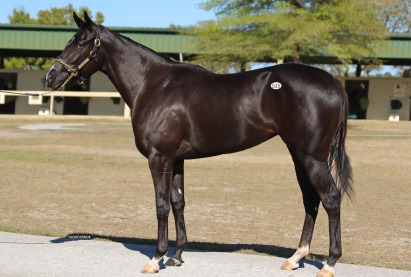 Wings of Fire is entered to run in Thursdays 5th race at Laurel Park which is a $10,000 Claiming N2L race going 6 furlongs for fillies and mares 4-years-old and up which have never won two races. She drew post position 6 and jockey Angel Cruz is named to ride. Cruz is currently ranked fifth in the Laurel Park jockey standings with 11 wins and an 17% winning percentage.

Wings of Fire breezed on Sunday working 3 furlongs in 37.00 over the Belmont Park training track. That work was the bullet out of 28 at the distance.

We spoke with trainer Jeremiah Englehart after the breeze. Jeremiah said, I actually worked her 4 furlongs in 49.1 but the clocker recorded it as a 3-furlong breeze. I worked her in company on the inside of another horse. They both worked together on the bridle with a nice gallop out. Ive got her pointed to the same race as last time at Laurel next weekend.

Jeremiah will point Wings of Fire to the $10,000 Claiming N2L going 6 furlongs at Laurel Park on February 14.